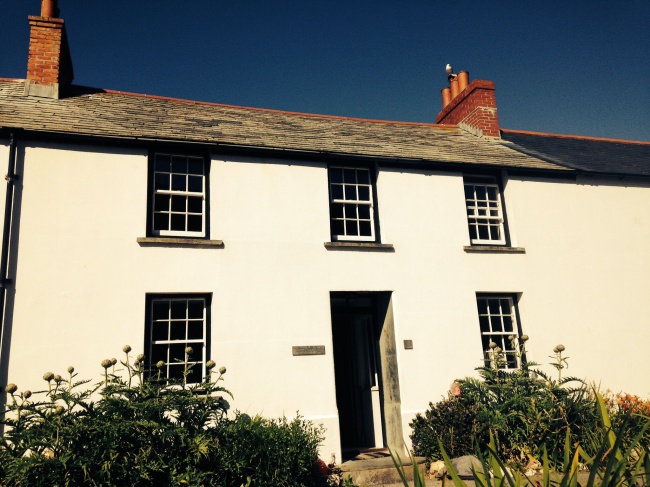 Our culinary cottage in Boscastle 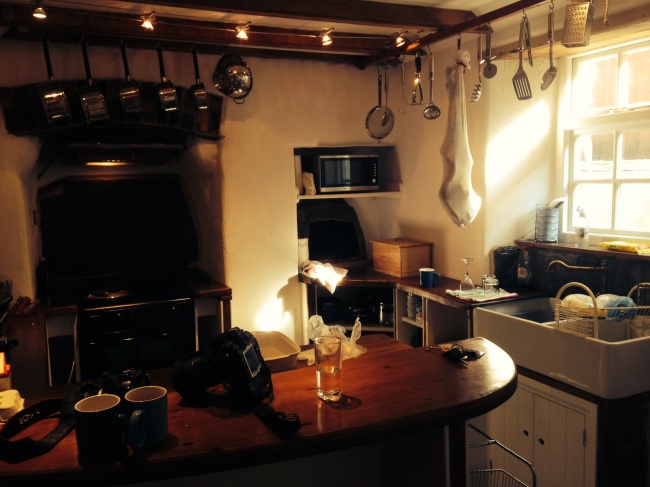 Our kitchen in Boscastle

I whisked the wifelett away for a week in Cornwall – hiding behind a facade of being wildly romantic, but actually knowing that this would be an excellent chance to get my fishing tackle out (no punn intended). We packed up the car with our our two close friends Charlie and Tom, both writers, speargun, rods and the obligatory Serrano ham and quails eggs – fully prepared for any eventuality – and arrived at Boscastle six hours later. Our delightful cottage had a terrace that overlooked the river that flowed through the hub of the village into the sea, from which we had the perfect view for spotting shoals of grey mullet beneath us. Breakfasts were full Englishes, gobbled while overlooking the sea and evenings were of bowls of garlic buttery mussels clawed from the rocks while we were out swimming in the bay. I took my speargun and caught a large rass on our first night – a true delight as I explained to my wife that you won’t find these in the shops. This is because they live munching off the barnacles on the cliffs with their sharp teeth and so can only be caught by line fishing – not economically viable for Mr Tesco. I pan-fried the rass with a little seasoning, spring onions and luscious Cornish cream.
Our lobster pot was strung out on the eve of our arrival, stuffed with the fatty offcuts of the Serrano ham and by Thursday we had sadly no lobster, but four crabs.

Two were too small to do anything useful with, so were tossed back into the sea to grow a little, and two swimmer crabs were brought home with a handful of mussels to make a chowder (for the recipe, click here). What my wifelett found delightful was that, when we pulled the lobster pot back in it was clear that the bay’s resident seal had been chewing on the milk carton float I had constructed!
Lazy days kicking about in the harbour feasting off the sea are, for me, what makes a perfect holiday, and on the glorious Cornish coastline, I can’t think of anywhere I’d rather be.

A good holiday feasting with friends, overlooking the sea